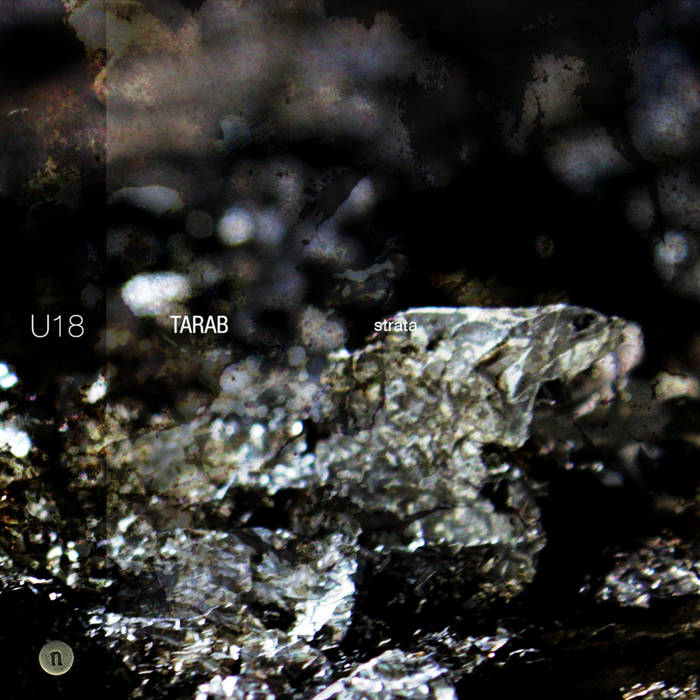 Physical copies of this CD and digital files of full album available unfathomless.bandcamp.com/album/strata ......or to contact Unfathomless directly visit www.unfathomless.net or contact chalkdc@unfathomless.net

Strata has been constructed from recording made in a series of vacant lots and their immediate surrounds in the north-west of Melbourne. These vacant lots are backed onto by various factories and warehouses on one side and a train line and Moonee Ponds creek (perhaps more aptly described as a concrete storm water drain) on the other. Running some 20 meters above all this is a large multi-lane highway overpass. This area has interested me for some time, the creeks and their walking paths act as a thoroughfare of sorts somewhat removed from the rest of the city. Somewhere to move through but not to stop and spend any real time. This collection of empty lots in particular has become an overlooked pocket, acting as a trap and dumping ground for rubbish or as a safe out of the way location for homeless people to live. It is a place where the industrial meets nature to create a zone which is strangely neither. It has a odd feeling of emptiness while being both sonically and physically dense with traffic noise, over grown weeds, hidden dwellings and rubbish.

As discussed in the introduction to Francesco Careri’s book Walkscapes: Walking as an Aesthetic Practice (Editorial Gustavo Gili, 2002) there is a common held view of the urban landscape as full with small pockets of emptiness (be it parks or demolition sites), as opposed to the rural landscape which is seen as empty with small areas of density. A view which holds within it much of the associated baggage regarding centres, peripheries and social marginalisation. What is thought of as empty is often simply that which is not seen or heard, the majority of people willfully choosing to ignore. As for many others, these areas of cities hold great fascination for me, acting as a sort of hidden zone, full of the traces and debris of various past and present human activity, whether commercial, domestic or nefarious. All the while being slowly eroded by weather and reclaimed by the now unrestrained plant and animal life.

Rather than attempting to document this location I set out to construct a sound piece from the place itself through my direct interaction with it. Somehow collecting together all the existent traces I could unearth to form the work. Not only through walking, observing and recording the various areas and sounds but also by crawling and scratching around in the dirt; sifting through the piles of discarded objects; listening to the solid vibrations of the concrete pylons and traffic noise from inside the creek; by burying microphones and dragging them through the dirt and rubble. Strata attempts to respond to ideas of urban density and emptiness, and to show how these states blur and overlap each other. I have tried to highlight the small hidden details and with them create a condensed hyper-real version of my many wanderings through this area. But perhaps more simply put, Strata is the result of a process of attempting to, if only fleetingly, inhabit somewhere. To see, hear, smell and touch it.

Cover design and treatments by Daniel Crokaert, based on photographs by eamon sprod.