wind keeps even dust away 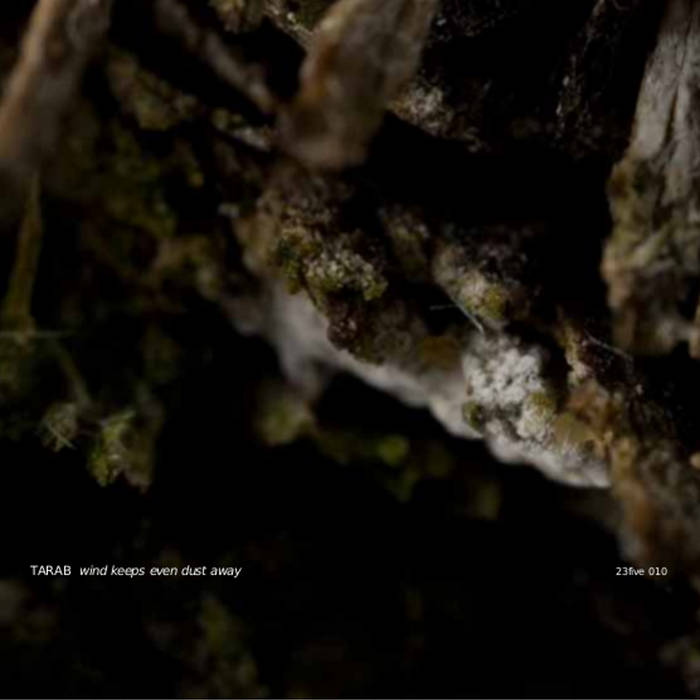 All photography and artwork: Randy Yau.

Eamon Sprod (aka Tarab) professes a romantic attachment to the notion that the world is falling apart, a terminal process only enhanced by the intrinsic obsolescence from the output of consumer culture. Yet, this Australian sound artist is not one to wallow in the nihilism of such poetics, rather he counterpoints these thoughts with the allegorical implications of his nom de plume. Tarab is an Arabic word that doesn’t readily translate into English, but it might be best defined as the ecstatic surrender one can experience when listening to music. Through installation, performance, and composition, Sprod reinterprets the physical detritus of the landscape within a hypothetical topography where dirt, soot, and smog emerge as privileged materials, in to which he has grafted the potential for a transcendent response.

Field recordings are fundamental to this creative process, bolstered by sympathetic sounds activated by Sprod’s own hands rummaging through crumbling leaves, rusted bits of metal, broken concrete, and shattered glass, just to name some of the more obvious sources. Wind Keeps Even Dust Away is only the second documentation of Sprod’s compositions; yet, it is an accomplished work on par with the best of contemporary sound ecologists (ie. Chris Watson, Eric La Casa, Toshiya Tsunoda, etc.). On this album, Sprod presents an intertwining series of compacted collages that tease aquatic references from abandoned and overlooked sites of the arid Australian landscape. Every sound of a pipe gurgling with water is but a mirage of sand, rust, and dirt cleverly tricking the audience’s collective ear.

With its subtle transitions and evolving sound structures, Wind Keeps Even Dust Away figures into the models of psycho-geographical wandering, as Sprod explores sets of roughly cut textures, resonant frequencies, and atmospheric vibrations that are intrinsic to an imagined space and then shifts into another with its particular idiosyncrasies. While the ecstasy that the word tarab implies may not be an immediate reaction to this album, wonder and discovery certainly are as experienced through this exemplary album of re-engineered sonic dislocation.